The RBI recently slashed the repurchase or repo rate by a sharp 40bps to increase the flow of money in the country and negate the impact of an ensuing crisis, thus also aiming to boost the country’s economy. Keeping everything in mind, the current repurchase rate has been set at 4%.

Since home loan rates are directly linked to RBI’s repurchase rates, an increase in the demand for this financial product is anticipated. To gain a clear idea about how this rate helps boost the economy and serves as a monetary policy tool, one needs to become familiar with its concept and integral function.

What is the repo rate?

The repurchase rate is an interest rate at which RBI, the country’s central bank, lends short-term credit to financial institutions. The repo rate meaning also extends its scope as a tool of monetary policy and helps to control cash flow in the economy and its rate of inflation. Also, it plays a significant role in facilitating economic growth.

Typically, interest rates applicable to loans and deposit schemes are directly influenced by the RBI’s repurchase rate. As a result, the rates applied to different financial products, including home loans, tend to change as per the direction and margin of change in repo rates.

Notably, reverse repo or repurchase rate is a contradicting concept. It can be defined as a rate of interest at which RBI or central bank borrows money from commercial banks.

Repo rate and its use in controlling inflation

When RBI sets a high repurchase rate, it impacts the availability of cash flow in an economy. It is because a high rate makes the cost of borrowing expensive and limits an individual’s ability to borrow.

In turn, it helps control the flow of economic activity. RBI often uses this tactic to check a growing rate of inflation in the economy. But, such a move often comes at the cost of overall economic growth.

Alternatively, when the rate of inflation is under control and/or the economic growth is stagnant, RBI often decides to reduce this rate. Such a move helps to increase cash flow in an economy and makes borrowing more affordable. Also, it helps entrepreneurs to access funds more quickly and in turn, boosts economic activity.

Hence, it can be said that a change in the repurchase rate tends to leave a direct impact on the level of inflation and liquidity. Notably, the effect of this RBI repo rate cut is diverse and varies in intensity.

The effect of the current repo rate

Typically, the RBI’s decision to increase or decrease the repurchase rate depends on the prevailing macroeconomics factors. The slightest change in the current repo rate tends to leave a multi-fold impact on all sectors of a country’s economy.

The RBI’s decision to slash the rates has encouraged commercial lenders to lower the rates they levy on various loans and advances. In turn, it has worked in favour of borrowers and has led to a noticeable surge in demand for financial products like home loans.

This reduction in interest rates has made housing loans more affordable and easier to repay. New borrowers can maximise their benefits by seeking ways to lower the overall loan interest by selecting a shorter loan tenure, and the likes. As a result, it will help to pay off existing loans quicker and will help lower the overall interest amount.

On top of that, leading financial institutions provide their customers with attractive pre-approved offers which further make the process of availing a loan hassle-free. Generally, such an offer accompanies top financial products like home loans and loans against property. You too can check your pre-approved offer online in seconds by just entering your name and contact number.

If you are a first-time housing loan borrower, you can also use a home loan EMI calculator online to determine how the recent rate cuts will influence your EMI. The home loan calculator not only helps to ascertain one’s repayment capability but further comes in handy in planning repayment affordably.

Similarly, existing borrowers can either choose to switch from floating interest rates to fixed interest rates or opt to go for a loan balance transfer. However, before selecting any one of these, individuals should weigh in all pros and cons of each option. They should also find out about the associated costs.

As for the repo rate, it is a useful monetary tool that is used to control cash flow and its availability in an economy. The recent rate cuts can be regarded as an attempt to boost economic growth and cash flow in the economy, the effects of which are yet to be seen. 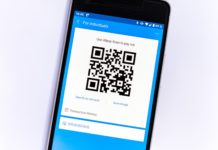 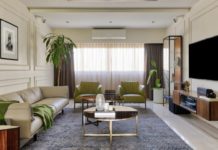 How Your Decision For Mid-Year Move To Hong Kong Affects Your Provision For US Expat Tax In Hong Kong?

Cameron James Connor - May 8, 2021 12:07 am EDT 0
why are action potentials usually conducted in one direction?

there are 5 people in the room you go in