Alright, but now to this weeks topic and there’s a lot to talk about in this weeks topic so I want to jump to it real quick. My bachelorette party is coming up this weekend. Yay, I’m very excited! Nate’s bachelor party is as well and we decided to them joint. But regardless of the fact that we decided to do them joint of course the question then come up, are we getting strippers for the ladies? For the men? Whoever? Because that’s kind of a traditional thing to do at bachelor and bachelorette parties is to do strippers. Also read- Stripper Names

So that kind of launched the conversation with me and a bunch of my friends and Nate of course of strippers. How do we feel about that? Is this an okay thing? Is this a thing that bothers us? Lets talk about it. I think that when discussing the idea of strippers and kind of talking about where you stand on it there’s a couple different questions that come up in that conversation. So one of the questions that came up is, if you’re in a relationship is going to the strip club cheating? What I would say to that is it depends on the intent of your partner.

If one of the partners just is not comfortable with it that’s something that needs to be talked about and addressed and that depends on the respect level. When it comes to trust, again, the intent. Do you think that your partner is out there intending to do something they probably shouldn’t do? Or, if you’re the one that’s going are you going there intending to get away with something? Those are all issues that should probably have a question mark over them and be discussed with your partner. Also read- Male Stripper Names

Some couples are really into strip clubs together and they’re both into the visual stimulation of it and they don’t feel the insecurity or the doubting like, oh I think they are going to do something or oh they’re going to find this person more attractive than me. Some couples are totally okay with it and other couples are very not okay with it. So it needs to be discussed. The next question that comes up when discussing strip clubs, are they okay or not? Is it degrading to ward females in general? Or towards males in general now that there’s strippers of both sex.

I think people think of strip clubs and they think of a bunch of guys hooting and hollaring at a lady to take her clothes off, which, yes I think no matter how you spin that that seems like its supporting a chauvinistic society and that poor girl. But then also think about the situations of the male strip clubs where there’s lots of ladies yelling and hollaring for a guy to take his clothes off. Think about it in both ways. Ultimatily that comes down to the person the person who is doing the stripping and are they okay with it.

Do they feel like it’s degrading? I read a psychological study that said that male strippers as they go on in their career and are making less money still feel very satisfied with what they are doing because they feel a sense of empowerment and a sense of being wanted out of that. They don’t feel it as a disempowering objectification or anything negative and I think that probably says a lot about our society and about the differences between men and women and how they’re seen and how they percieve things in general.

But that’s a whole seperate conversation for another time. I kinda feel like as long as they’re okay with it, more power to them but there are certain people who are in that situation who are not okay with it, who don’t want to be okay with it or feel trapped in it and that’s, again, a whole different conversation for another time. I guess after looking at all of this my thoughts for me and what wekind of decided on when we talked about it is, I personally have no problem with the idea of the show of strip clubs or strippers.

I love going to topless reviews in Vegas. I love going to bulesque shows. I think that the naked body, whether male or female, is absolutely beautiful and should be appreciated hence, The Nake Truth. The problem that I have with it, and this is again where my line is drawn, I’m not saying everyone should draw their line here. The problem I have with it is the touching and the lap dances. I feel like if you’re single, fine, have at it. It’s a job for them and you’re getting something out of it. You’re paying to recieve services.

But if you’re in a relationship, for me I just wouldn’t feel comfortable having a male stripper grind up on me in a sexual way. I feel like that’s something that I’m saving or giving to someone else. That’s not for them besides that I’m not sure if I want male stripper stuff right here in my face. Sure in my single days that may have been something…Let me preface this by saying I’ve never gone to a strip club so have at that comment section.

I don’t know I would want that all right here and if I was out with my ladies and we were all single and laughing I can see it being a very funny time but I do feel like if you’re in a committed relationship that’s probably disrespectful to have some other dudes winky right here. Probably not okay. That’s again where I draw my line and then it’s funny I’ll say it’s disrespectful to have someone else grinding up on you in a sexual way butto play devil’s advocate to myself I’m completely okay with that situation if it’s live theather or if it’s for an acting role and I’ve never had a problem having anykind of love scenes or anything like that with characters that I’m working on.

That made me really question, ‘Oh, let me really question how my stance is on this.’ I think the conclusion I’ve come to is that when you’re doing it as a role, when it’s for theater or for film or whatever, than it’s a job for both people. Where as you’re going to a strip club, it’s certainly a job for one person but for the other person its not a job. They’re actually going there with the intent of getting sexual gratification,for the most part. There are so many questions with this topic and I’m really excited to see what you guys have to say about it. 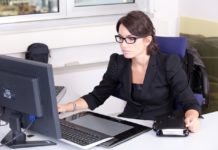 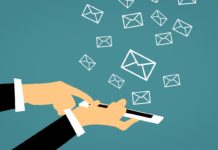 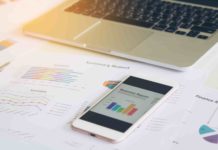 What Is The Demat Account And How To Use It? 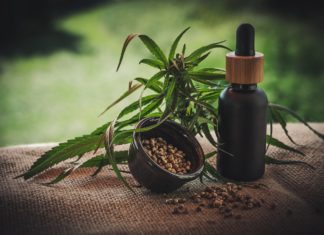 The Latest Trend In 1Bet.