Kern Pioneer
Home travell What Is A Folding Lever And Why Might You Need One?

If you’re a dirtbike owner who frequently rides on off-road trails, then you should get a quality pair of folding levers installed in your vehicle. They are a type of dirt-biking gear that offers supreme flexibility and durability.

The strength and flexibility is the reason why folding levers don’t snag during sudden, sharp turns. Such levers are expensive when compared to the price of non-foldable levers, but the investment is worth every penny. Thanks to its strong built, the levers don’t get damaged when a rider falls on the ground, along with the dirtbike.

Not many riders have sufficient knowledge about the benefits of folding levers, and it is the primary reason why most of them still use the large and non-foldable ones.

Here we attempt to explore the benefits of these folding levers and how it can improve your riding experience.

What is a Folding Lever?

Whenever you take your dirtbike on the road, safety must be considered as the priority. Whether you’re racing your way out on the off-road trail or are using the wheels on normal public roads, you should have the required control over your motorcycle levers.

Long and non-folding levers tend to break easily during low slides or an accidental drop, which is not the case with folding ones that have been properly mounted and integrated with the clutch perch. If you want to avoid getting the brake and clutch levers damaged, then you should get them replaced with high-quality folding motorcycle levers.

During dangerous situations, these levers don’t break as they fold up. Once you get back up, you can instantly start your bike and continue riding without any hindrance. The folding levers don’t’ let you lose control over your bike brakes. Hence, if you value safety, you should definitely get them installed.

Why Install Folding Levers on Your dirtbike?

As stated before, the folding levers are durable, flexible, and ensures the rider’s safety. The reasons for installing folding bike brakes are several, and they have been listed below for your ready reference.

Folding levers are more durable and comparatively more flexible than the non-folding ones, and it is the reason why it is capable of withstanding regular wear and tear. It also has the ability to not get snagged during minor speed crashes or accidents. The special design of these levers acts as an excellent defense and lasts longer.

One of the various reasons why folding lever is preferred over the non-folding ones is its supreme flexibility and the way it fits almost any handlebar or clutch perch perfectly. Owing to this single character, this lever is deemed perfect for being used in various situations and for different purposes. Both endurance bikes and off-road bikes use folding levers because of this reason.

If a biker meets an unfortunate minor accident, then the brakes won’t stop working. The rider can get up, start the vehicle, and drive its way out. Just like folding brake levers are suitable good for endurance bikes, the folding clutch levers are preferred for the street bikes. With the vast range and versatility, folding levers can be considered good for all types of bikes.

Folding clutch levers are extremely popular among dirtbikers that frequent racetracks because these levers don’t break down during a minor crash. If you love taking part in motocross and supercross races, then make sure that your bike has premium-quality folding levers installed in it. These levers will fold during a crash or accident, instead of instantly breaking down. As a result, you can continue your participation, instead of standing still on the track with your damaged bike. Folding levers have a supreme built-in body that imparts higher durability and increased functionality.

As far as safety is concerned, these levers go out of their way to protect the biker. Usually, the hand and foot controls are lost even during the slightest of a spill, resulting in a quick crash. A folding lever, if used, will reduce the damages significantly because the hand controls won’t be much affected during a spill or similar accident. When on the road, such features can contribute greatly to the bikers’ safety.

The three points shared above are some of the primary reasons why bikers should use folding levers. However, there are some precautions that you should consider before using these levers. If you have folding levers installed, then before every journey, make sure to check that the lever hasn’t folded up. Folding of the lever at the wrong time can result in harming the biker, rather than contributing to his safety. When you decide to use these levers, start using them by following the required precautions. It will take care of the rest. 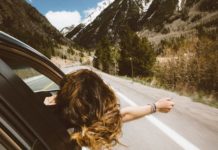 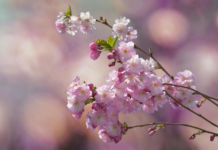 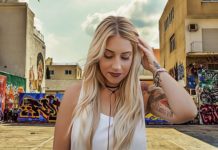 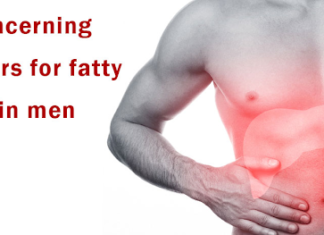