Today I will be talking about hunters and how powerful they are in the lore. Going through their history, characteristics, abilities and of course comparing them to other classes. The hunters are a very interesting, as well as a very versatile class. Every available race can be a hunter and with the three specializations this makes for a lot of different variations. Currently in-game many lore classes are kind a bundled into the hunter class.

An actual hunter, rifleman, ranger and even a beast master to some extent. The game does allow for some deviation with the specializations to fit some of these arche types but it doesn’t fully allow it, making all hunters seem very similar even though they aren’t. This couldn’t be further from the truth a sear ch race has an interesting backstory of their own. For example, orcs, tauren, trolls and even night elves are all natural hunter races that have a big tradition for it in their society.

For races like the orcs it is even a rite of passage to hunt especially dangerous animals. On the other side there are races like the goblins, gnomes and even dwarves to some extent that are more riflemen then they are hunters. The goblins and the gnomes especially are known for using high powered rifles and various pieces of technology to fight enemies from a distance mainly because of their small stature. Other then them you got some interesting races like the high elves, well now blood elves, that have rangers as a major part of their army.

Humans also have archers and they have a history but they are not as prominent as is the case with the elves. From these two races the forsaken kept this tradition and continued using these methods in undeath, so most races have some kind of interesting backstory. Currently there are three specializations, Beast Mastery, Marksmanship and Survival. Most of these are obviously self-explanatory but the fact is that each of these contains one or more subclasses in itself.

Beast Mastery, even though it can be a lot of different things, it can most closely evolve into Beast masters, hunters with a very strong bond with nature and animals. They not only consider their animals as true friends and companions but they can also call upon many of them in their aid, for example calling on a stampede. How correct that is in the lore is kinda questionable but they do have some kind of connection with the nature.

This connection will of course depend on the race, traditions and the individual’s connection to nature. The second specialization is Marksmanship which is very self-explanatory as well. Sure they can use animals, but their main strength is their own weapon, precision and aim. Marksmanship hunters can be riflemen, snipers, rangers and other various kinds of archers. Lastly there is the Survival specialization which is more unique in itself. Unlike the signature long range weapons of the hunters, they have abandoned them and instead they have turned to melee combat.

They are the true children of the wilds, they can mask themselves, track enemies and beasts in any forest or jungle or any wild environment while also relying on their loyal animal companions to help them in combat. Survival hunters are also known to use traps, explosives, venom and any device that can help them ambush an enemy and give them an edge. All in all there are three specializations that are very unique and also different at the same time, so for the sake of this video when comparing them I will mainly be referring to the average hunter which is a mixture of all of these three specializations as is the case with currently most in-game versions.

So with all of these distinct abilities how would a hunter compare to other available classes? Well in regards to the warriors, rogues and monks it depends on a several factors. At what distance does the fight happen and does the hunter have a beast present. If the fight is at a distance and a hunter has a rifle or a bow, obviously they would have a significant advantage, especially if they also have a beast which is distracting the enemy.

There are also melee hunters which are essentially warriors, although I wouldn’t say they are as powerful as just a straight-out warrior. This also obviously depends on the race, a tauren melee hunter is going to have an advantage over a gnome warrior so size does matter in this case. In any melee class scenario though the hunter that has a wild beast at his side is obviously going to have an advantage because this instantly turns any duel into a ”one versus two” or ”one versus three” scenario.

Now in regards to the shamans and the druids: I would say that these two classes do have the upper hand. Most of them have some sort of root/stun ability which could disable the companion, making the hunter a lot weaker. Also a druid could transform into an actual beast and go toe-to-toe with both the hunter and his pet. In case of a sniper though this could turn entirely different as just one well placed bullet can put an end to most enemies.

But in general the rule of thumb is that any sort of magic user is going to have an advantage over just a fighter. Now two classes that could definitely beat a hunter are the demon hunters and the death knights. Demons hunters are very fast and agile and are used to fighting both at a distance and in close quarters. Casting fel magic could immediately incinerate an enemy and their superhuman speed could also close a distance very fast and put an advantage to their side. In the case of the death knights their advantage is significant but it is a bit different. First of all they are undead meaning that bullets and arrows aren’t exactly going to have the usual stopping power.

On top of this death knights can pull their enemies towards them, immediately closing the distance as well as calling upon undead minions which could deal with both the hunter and his pet. In regards to the priests and paladins I would say a Light shield does play a big role in any combat scenario. Bullets and arrows are going to be completely useless if a barrier completely blocks it and usually a projectile is not going to be as strong as a spell in order to break a shield.

However Light does not really have any special abilities against hunters as it does against other classes, unless of course the hunter is undead. Now in regards to mages, warlocks and shadow priests, the thing I mentioned previously magic usually trumps anything else. However I think that is a bit of a unique scenario right now because in the case of the hunters it isn’t as simple as it is with warriors for example. Generally these casters wear cloth and little to no armor.

which means that the bullets and arrows are going to be very, very effective, especially bullets. I mean sure, all of these spells are fancy and powerful but unless you cast it before a bullet is fired, it is really of no use. I’m not saying a hunter is more powerful than these classes but their ranged possibilities do give them a leg to stand on. So all in all when it comes to the power levels I would say that the hunters are medium to low in the power level range.

This evaluation was particularly difficult because there’s so many factors involved in this class. So much depends on the race as well as the specialization because really a hunter could be split into at least 5-6 different classes. This means that they’re able to use various weaponry which can drastically change an outcome of a fight. Really a high powered sniper rifle is going to do a lot more damage than your average bow. Regardless I would say that hunters even though not the strongest of all the classes, are still a very interesting and versatile class. 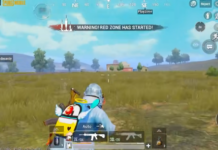 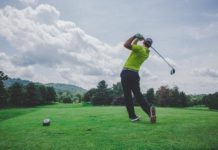 Everything You Need to Know About Golf Club 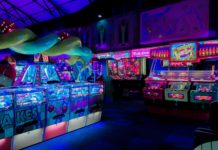